Go Back to Shop All CategoriesUncategorized
HomeBlogUncategorizedWorld of Warcraft Movie 2 Will Be Reality Soon?

Are you one of the guys that are going crazy imagining themselves enjoying the World of Warcraft Movie 2 with their friends in cinemas? If yes, you are not alone. Millions of enthusiasts like you are anxiously waiting for the movie to be launched.

The World of Warcraft Movie 2 is expected to be a fun-filled experience. Fans of the series from around the world want to enjoy it on their screens. However, no one knows whether the movie will be made available or not.

Performance Of The Previous Movie

The initial World Of Warcraft movie was released in May 2016. It had a budget of 160 million USD. Whereas it was able to earn approximately 439 million USD from the box office. The movie was therefore considered a big success. It received in IMDb rating of 6.8 out of 10 whereas Rotten Tomatoes and ComicBook rated it as 28% and 3.4 out of 5 respectively according to their rating criteria.

The sequel of the movie will be known as the World of Warcraft movie 2. It is being anticipated that the movie will be launched soon as the previous one was able to get a huge success. Therefore, the directors and producers will be interested in launching the second version of the film.

However, many critics argue that the film was not able to perform well. They think that the overall reviews received by the movie were not good. Do you want to know more about the World of Warcraft movie 2?

What If The Movie Never Gets A Sequel?

So, what will happen if the movie never gets a sequel? Let’s also see why and how this can be true. The possibility that the movie might never get a sequel exists. Infect, there is a big chance of this being true.

The internet is full of news that Blizzard’s worldwide famous World of Warcraft series might not get a second movie. We can’t rule out the possibilities, however. It can be true because the initial reviews were not very strong about the previous version of the movie.

A Trilogy Of The Movie

According to the actual plan, a trilogy of the Warcraft movies had to be released. However, with time the possibility of this has diminished significantly.

No one can better explain the situation that the director of the World of
Warcraft movie, Duncan Jones. He said in a recent interview that he would love to do all the three movies. However, currently, he believes that it might not become a reality. This will be a real bummer that will upset millions of fans.

The director said that the trilogy would have been really special. He further
added that it is very unfortunate for the fans of not only the game but also of the movie that it might never happen.

Connectivity With The Audience

Further in his interview, the director said that the first movie was a perfect example of his attempt to connect with the audience. He said that the movie was crafted in the best possible manner for achieving the needful.

The director believes that even the critics who initially didn’t like the movie have started liking it with time. This is a big achievement for the title as a whole. The reason is that it translates to an overall feeling of entertainment for people from around the world.

Storyline Of The Movie

The World Of Warcraft movie revolves around the story where a few human survivors need to team up with each other for forming a group. This group needs to defend the planet from the invading Orcs. These Orcs are alien beings that aim to destroy the planet.

For defending their planet, human beings undergo a series of actions and strategies. They get assistance from some Orcs that try to stop their fellow-creatures from destroying the planet of human beings.

Twist Expected In The Next World Of Warcraft Movie

According to Duncan Jones, the successor of the first World Of Warcraft movie would focus on how the Orcs clear up space for themselves in Azeroth. This would be a great sequel. The reason is that the story started in the first version of the movie would have been completed successfully in this manner.

Furthermore, it is likely to captivate the attention of viewers in a positive manner. This will lead to an overall higher number of viewers of the movie.

Blizzard Was Initially Very Passionate About The Movie

According to the movie director Blizzard which is the company behind the World Of Warcraft was highly passionate about the movie initially. He further adds that it had to be this way because the movie provided another standalone platform for success.

Game developers of the modern age don’t miss any opportunity to engage interactively with the fans of the series. A movie is excellent for getting in close contact with the fans. Besides, it also allows individuals that were not familiar with the series in getting to know it better.

Therefore, launching the World of Warcraft Movie 2 is in the interest of the Blizzard.

A sequel to the World Of Warcraft movie might be too much to expect. This can be a piece of bad news for the diehard fans of the series. However, no concrete evidence regarding this matter exists.

The World of Warcraft movie 2 might just be around the corner. It has been four long years of waiting for the diehard fans of World of Warcraft 2. This has made them not only impatient but also anxious. Furthermore, such fans want to hear from Blizzard about the recent news regarding the matter.

World Of Warcraft Has A Huge Fanbase

This can be better understood if we take into consideration the fact that World of Warcraft is a huge game. It has been captivating the attention of players since 2004. The game has more than 95 million players. This is a success level that not many games can proudly say. Therefore, fans of World of Warcraft want a sequel to the fantasy movie.

According to Daniel Ritchman, the next version of the movie is already in development by Legendary Pictures. In addition to this, the casting of the movie has already started. All the actors and directors have been selected. Therefore, the preparations for the movie have begun.

Peter Jackson who is an Academy Award winner and has a previous portfolio of famous movies like The Hobbit and the Lord Of The Rings is also expected to participate in the World Of Warcraft movie 2.

However, it needs to be kept in mind that Peter Jackson will only be able to work in the movie if the budget allows. For now, we don’t have any information regarding the cost of the movie. Therefore, this might just be a rumor.

Peter Jackson Has His Fanbase

Chris Pratt is another famous name who is also likely to participate in the movie. The role he will be playing will be decided later. However, is it is expected that he will play the role of the lead human being in the movie. Chris Pratt has previously worked in serious roles. However, World of Warcraft Movie 2 might provide him a platform to participate in a movie of this category.

All these hints might be enough to determine that a sequel of World Of Warcraft Movie 2 might exist. This movie might be a continuation of where the first part left. If this is true, the baby Orc named Go’el I will end up as a  mighty champion. He will play a significant role in the sequel of the movie as well. This is great news for the fans who previously loved the first part of the movie.

The fantasy movies have seen a surge in popularity recently. The credit to this goes to the high-class working and in-depth detail that has been made a part of these fantasy movies.

As a result of this, the overall budget for such films has increased considerably over the years. The increased budget has also brought in better cast and direction. This translates to an overall better experience for the fans.

The World of Warcraft Movie 2 is no exception. It benefits from the millions of fans of the series. Therefore, bringing in huge numbers might not be a concern for the movie.

Fans of the series need to keep their fingers crossed and hope for the best regarding the release of the World of Warcraft Movie 2.

Are you ready to play Shadowlands? Do you know everything about Shadowlands Covenants? Read this article and you will definitely know which covenant to choose! Shadowlands is the recent version of the highly anticipated game known as World Of Warcraft. It is a global success that has been able to gain the attention of millions...

The Assassin’s Creed franchise is noteworthy for being one of the titles with millions of global players. Those who enjoy the game are always searching for innovative ways to demonstrate their reverence for the game. Here are 17 perfect gift ideas for Assassin’s Creed fans. You can get these items from Nerdmana to show your... 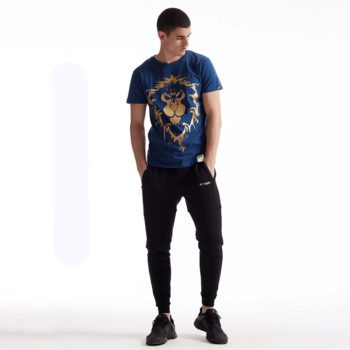 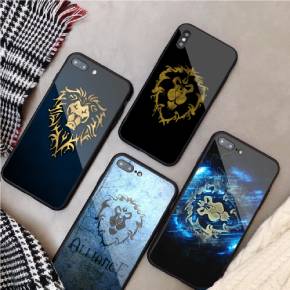 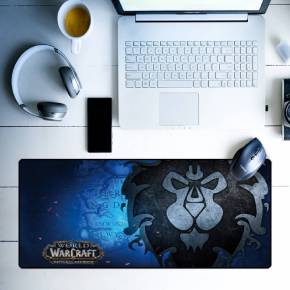 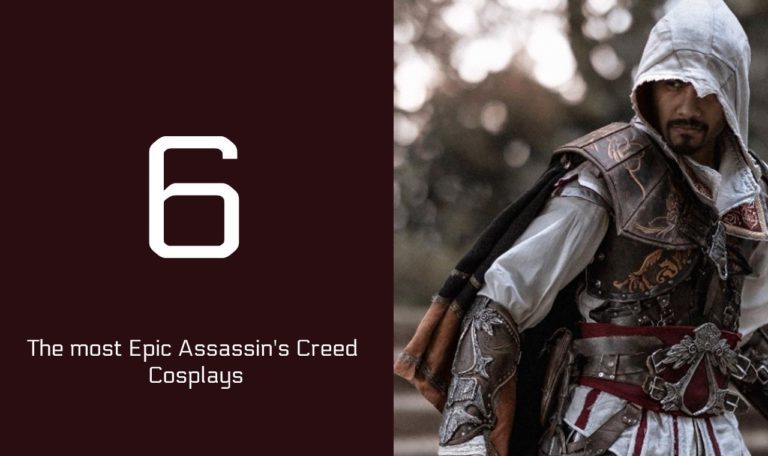 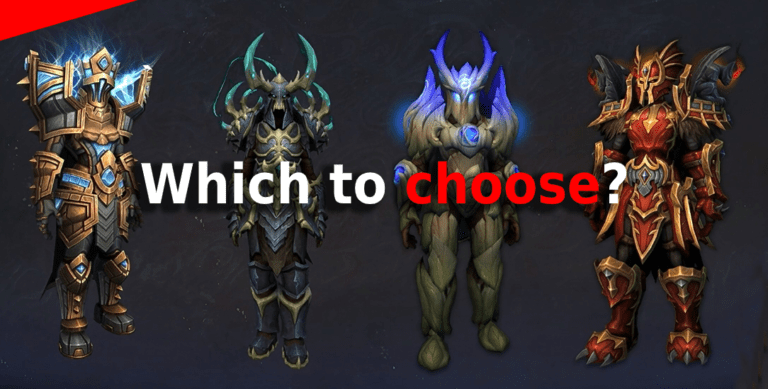 Are you ready to play Shadowlands? Do you know everything about Shadowlands Covenants? Read this article and you will definitely know which covenant to choose! Shadowlands is the recent version of the highly anticipated game known as World Of Warcraft. It is a global success that has been able to...